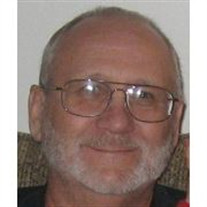 William “Bill” W. Sorensen, 59, Green Bay passed away on Saturday, March 8, 2008 at a local nursing home. Bill was born on August 10, 1948 in Chicago, Illinois the son of the late William and Lillian (Trojan) Sorensen. He was a graduate of Round Lake High School. Bill served his country as a corporal during the Vietnam War in the United States Army with the 111th Artillery. On July 29, 1972 he married the former Kristine Baier at St. Josephs Catholic Church in Round Lake. Bill was an avid sportsman greatly enjoying playing softball and was always ready to play a round of golf. He loved playing cards with his family, especially double deck pinochle. Bill was an avid Minnesota Viking Fan and enjoyed watching them play the Packers. He had a passion for animals and always made sure that there were treats on hand. He cherished his family and enjoyed spending time with them. Bill was a loving, husband, dad, grandfather, brother, a friend to many and will be lovingly remembered and sorrowfully missed Bill is survived by his loving wife Kristine, 3 sons and one daughter-in-law William E. Sorensen, Medford, WI; Lawrence E. Sorensen, Rib Lake, WI; Christian and Kathryn Sorensen, Green Bay; four grandsons Ryan, Larry, Caleb and Caden, one sister and brother-in-law Barbara (Marvin) Czuczor, Round Lake Beach, Ill. He is further survived by nieces, nephews other relatives and friends. Gathering of family and friends will be held on Saturday, March 15, 2008 from 12:00 P.M. to 1:00 P.M. at Saint Matthew Catholic Church 130 St. Matthew Street. Funeral Service 1:00 P.M. at the church with Rev. Larry Seidl officiating.

The family of William "Bill" W. Sorensen created this Life Tributes page to make it easy to share your memories.