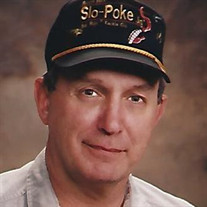 William “Bill” B. Reabe, 78 of Oconto, WI passed away peacefully on Saturday, March 9, 2019 at home surrounded by family after a long battle with cancer. He was born June 2, 1940 in Waupun, WI to the late William C. & Leona M. (Welk) Reabe. Bill was a loving husband to Susan (Johnson) Reabe who he married in Eau Claire, WI in 1984. Bill is survived by his wife Susan; one daughter Wendy (Darrell) Schwersinske of Berlin, WI; three sons William D. (Jacklyn) Reabe of California, MD, Brad Reabe of Dunbar, WI, and Bart (Judy) Reabe of Hollywood, MD. Bill is survived by 10 grandchildren & 6 great grandchildren, 3 sisters–in-law Sharon Manthei, Ashland, WI, Bobbie (Keith) Gjestson, Roundup, MT, Ann(Mark) Ciske, Portage, WI, one brother in law David Johnson Robbinsdale, MN and specials friends Janet Spanbauer Green Bay, WI, Rick Stange Blaine, MN and many nieces & nephews. Bill is preceded in death by his parents, his sibling Connie Tank, brother in law Robert Tank, nephew Tommy Tank, and mother & father in law Marge & Warren Johnson. Bill graduated from Waupun, HS in 1958. After school he was employed by Ameritech for 32 years, retiring in 1992. Bill loved fishing and was a member of the Masters Walleye Circuit for over 20 years where he fished tournaments throughout the Midwest. His first partner was his son Brad where they won father and son Team of the Year. Later he teamed with his nephew Tom Hoinacki and took 1st place in three separate tournaments. But it was Bill's favorite fishing partner, Sue, who helped him pre-fish most of the tournaments where they met many lifelong friends. After retiring from fishing he worked part time at PESI in Eau Claire until the time of his illness. Bill was an avid hunter who looked forward to every November for deer hunting season to get together with his sons, grandsons and hunting partners of nearly 50 years. He also enjoyed an annual Wyoming mule deer hunting, over 20 years, with a small close group of friends. His passion to ensure hunters were safe inspired him to instruct Hunters Safety for the Eau Claire Rod & Gun Club for over 40 years where he also had the pleasure of teaching all of his kids. Bill volunteered for public service in Eau Claire and was also an active member of the Jaycees, Kiwanis & Elks clubs. The family would like to give a special thanks to Unity Hospice for their compassion and support during this difficult time. The Family will receive friends at a visitation & funeral service at the Lutheran Church of the Good Shepherd, 1120 Cedar Street in Eau Claire, WI. Visitation will be from 9:00 A.M. to 11:00 A.M. on Friday, March 15, 2019 followed by a Funeral Service at 11:00 A.M. Inurnment will take place at a later date at Forest Mound Cemetery, Waupun, WI. In lieu of flowers or other expressions of sympathy a Memorial Fund has been established in his name.

The family of Mr. William "Bill" B. Reabe created this Life Tributes page to make it easy to share your memories.

William “Bill” B. Reabe, 78 of Oconto, WI passed away peacefully...

Send flowers to the Reabe family.