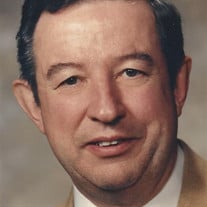 Verhagen, Wayne Neil “Be happy but make sure your family and friends are happier,” are words he lived by. Wayne Neil Verhagen, 85, Green Bay passed away on October 8, 2016. He was born April 18, 1931 to the late William and Lillian (Dumas) Verhagen. He attended Central Catholic High School and graduated from St. Norbert College in 1952. He married Mary Jane Mostek on November 29, 1952 at SS. Cyril and Methodius Church in the town of Eaton. At the time of his graduation from college, he was commissioned an officer in the U.S. Army, serving stateside and in Korea. He was in the army reserves until 1961, achieving the rank of Captain. He is a member of V.F.W. post 9677. He was employed for 34 years with the General Motors Acceptance Corporation in finance and sales, working in Wisconsin and Michigan. He enjoyed traveling, golf, bridge and other card games. However, his greatest enjoyment was being with family and friends. He is a member of Resurrection parish and a former member of St. Matthew’s parish where he was very involved in parish activities, including social concerns. His faith was his strength. In Michigan, he was involved with the Knights of Columbus and the Christian Family Movement. He is survived by his wife, Mary Jane, five children, ten grandchildren, and one step-granddaughter. Doug (Debra) Verhagen, Pennsylvania; Jennifer (Shawn) Saylor, Emily, and Rachel (Dalton) Trolinger; Debra (Bruce) Halmo, Milwaukee; Joseph and Katherine; Brian (Elizabeth), Waupaca; Max (Jaunna) and Samantha; Patricia (Jim) Cook, Green Bay; Elizabeth and Andrew; Jill (Jim) Kaeder, Verona, Benjamin and Cecelia; sisters-in-law Dorothy Kimps and Ruth Mostek, many dear nieces, nephews, cousins, and special friends. He was preceded in death by his parents, sister Irene DeKeyser; brothers John and Kenneth; mother and father-in-law, Margaret and Stanley Mostek; sisters-in-law: Fern Verhagen, Phyllis Verhagen, Elaine Mostek, Lorraine Bergelin, and Roberta Mostek; brothers-in-law: Rudy DeKeyser, Don Mostek, Ed Mostek, Walter Kimps, and Orville Bergelin. Gathering of family and friends will be held from 9:00 A.M. to 11:00 A.M. on Saturday, October 15, 2016 at Resurrection Catholic Church 333 Hilltop Drive. A Mass of Christian Burial will be held at 11:00 A.M. with Bishop Robert Morneau officiating. In honor and dedication to his country Military Funeral Honors will be held immediately following the service. In lieu of other expressions of sympathy, a memorial fund is being established.

The family of Mr. Wayne N. Verhagen created this Life Tributes page to make it easy to share your memories.

Verhagen, Wayne Neil
“Be happy but make sure your family and...

Send flowers to the Verhagen family.