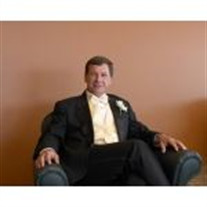 Roger Timothy Drossart “Tim” Roger “Tim” Drossart, 53, Allouez, entered heaven on January 17th, 2012 surrounded by loving family and friends. He was born in Green Bay on August 30, 1958 to the late Geraldine (Gregorich) and Roger Drossart. Tim graduated from Premontre High School class of 1976. Post high school, Tim earned an Associate of Arts degree from Wentworth Military Academy in 1978, and a B.A. in business administration from California State University Fullerton. Tim began his professional career as a financial advisor and entrepreneur in the Los Angeles area. He returned to Green Bay to raise his family. At that time, Tim redirected his professional focus to pursue his passion for golf. He trained with the PGA and became a PGA teaching professional, being elected as a class A member of the PGA in taking 1995. Early on in Tim’s golf career, he held the position as the golf professional at South Hills in Fond Du Lac, Nicolet Golf Course in Crandon, and Mid Vallee Golf Course in De Pere. In 2000, Tim left Mid Vallee, to pursue a career in teaching young people the game of golf by first establishing a youth golf teaching program, followed by taking the position of Executive Director of the First Tee Green Bay, which he so loved and held until the time of his death. Tim married the love of his life Corinne Cain on July 30, 2005. He was a devoted husband, a loving father, a brother, and a trusted friend. He enjoyed golf, fantasy football, Green Bay Packers, and most of all, selflessly sharing with others his time and attention. He used the gifts God gave him to further the work of the Lord. He will be dearly missed by his wife, Cori; four children: Justin, Green Bay; Tamara, Oakland CA; Elena and Calli at home; brothers Lawrence (Sandy) Drossart, Greg (Ellen) Drossart, Michael (Lisa) Welch; sisters, Sue (Mike) Holtz, Shirley (Jim) Daul, Lisa (Dan) Rafferty; sister-in-law Karen Drossart; nieces, nephews, other relatives, and friends. He is reunited in heaven with his mother, Geraldine; his father, Roger; and his brother, Dean. A visitation will be held on Friday (Today) January 20th 2012 from 2 p.m. to 5 p.m., followed by a mass to celebrate his life in the Chapel at Green Bay Community Church, 600 Cardinal Lane, Howard with Rev. Troy Murphy officiating. In lieu of flowers a Memorial Fund has been established. Tim’s family would like to express thanks and gratitude to the many people who enriched Tim’s life with their compassion and expertise, especially, Dr. Kelly Lynch, Patti Marquart NP, Dr. Amy James, Helen Wellens, NP, and the wonderful people we came to know at the Bellin Cancer Team and Unity Hospice. A heartfelt thanks, also, to our many friends and family who have been there for Tim and his family during the difficult times over the past four years. Your kindness will never be forgotten.

The family of Tim Drossart created this Life Tributes page to make it easy to share your memories.

Send flowers to the Drossart family.