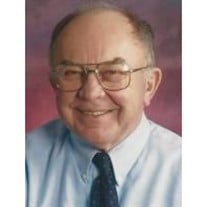 Robert “Bob” L. Wodill, Green Bay went to Heaven on Sunday, June 29, 2014 at home surrounded by his wife Karen and his family. Bob was born on April 29, 1932 at his home in Beaver Dam, Wi, the son of the now late Lawrence and Hattie (Immerfall) Wodill. He was baptized on May 2, 1932 at Zion Lutheran Church in Columbus, Wisc. Bob was raised in Columbus with his two brothers Lauren and Lloyd. On August 6, 1958 he married the former Karen Stancer in Fox Lake, Wisc and they had four children together. They would’ve celebrated their 56th wedding Anniversary in August. Bob graduated from Platteville State University in 1954 with a B.A. Degree in Industrial Education. He received his M.S. from Stout University in Menominee, Wisc in 1969. Bob served his country in the United States Army during the Korean War from 1954 until his honorable discharge in 1956. Returning from the Army he started his teaching career. Bob taught in Wautoma, Randolph, Beaver Dam and Clintonville, Wisc. With his interest in electrical he served his apprenticeship in Electrical Maintenance at the Brillion Iron Works. 10 years later he continued his teaching career at Fox Valley Technical College training Electrical Apprentices. Bob retired after many years and enjoyed his family with special interests including his dogs. Bob is survived by his wife Karen, their children Jay (Chris) Wodill, Jerelyn (Peter) Schumacher, Jim (Terri) Wodill, Joyann (Eric) Herdt, 18 grandchildren, 6 great-grandchildren. He is further survived by 4 brothers-in-law and 4 sisters-in-law Bill (Jan) Stancer, Charles (Sandy) Stancer, Joel (Chris) Stancer, Elyn (Erv) Wissbroecker. He was preceded in death by his 2 brothers Lauren and Lloyd, 1 brother-in-law Cory Stancer. Gathering of family and friends will be held from 9:00 A.M. to 11:00 A.M. on Wednesday, July 2, 2014 at Pilgrim Lutheran Church 1731 St. Agnes Drive. A Funeral Service will be held at 11:00 A.M. at the church with Rev. Scott Malme officiating. Burial at Lawrence Cemetery, De Pere. In lieu of flowers Memorial Donations may be made to the Pilgrim Mission Group, in c/o Pilgrim Lutheran Church 1731 St. Agnes Drive Green Bay, WI 54304 ~or~ to The Shawano Humane Society, Shawano Wis. The family would like to offer a special thank-you to Dr. Jenson and his nurse Vicki, The entire Asera Care Hospice Team especially Kim, Kayla and Missy.

The family of Robert Wodill created this Life Tributes page to make it easy to share your memories.

Send flowers to the Wodill family.