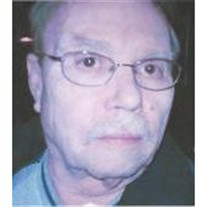 Robert “Bob” L. Kollman, 71, Green Bay passed away on Tuesday, June 17, 2014. Bob was the son of the now late Milton and Lanora (Deschane) Kollman. He attended St. Philip Catholic Grade School and was a graduate of Green Bay Premontre. Bob married the former Mary Ellen Wauters and the couple would have celebrated their 52nd Wedding Anniversary in July. He was employed at A.C. Nielsen Company for 35 years retiring as a computer programmer/systems analyst. Even in retirement Bob still worked for them for another 10 years as a consultant. As a youth, Bob loved the outdoors playing sports in all seasons which he continued to do, as well as coach younger kids, into his adult life. He enjoyed playing cards, golfing, bowling, small game hunting and fishing, especially enjoying the peacefulness in the outdoors. He loved to cook and grill, but recently when his health didn’t allow him to he enjoyed watching the cooking channel and giving Mary Ellen new recipes to try. He had a great love for dogs, always enjoying a good dog by his side, having a special love for German shepherds, and now leaving behind his K-9 companion, Mia. Bob especially enjoyed “His Girls” and was very proud to hear of their accomplishments, let others know about them, and encouraged them to continue to do good things! Bob is survived by his devoted wife Mary Ellen, two daughters Jaclyn (Barry) Campos, Brenda Koch, five granddaughters, Jaclyn, Amanda, Ashlee, Eleanor, Aubriana, a great-granddaughter Emma, a sister Mary (Fred) Strenski, two brothers Jim (Sheri) Kollman, Glenn Kollman, and a sister-in-law Suzanne Leiterman. He is further survived by nieces, nephews, other relatives, and friends. He was preceded in death by his infant great-grandson Paul Jr.; his mother-in-law and father-in-law Clement and Eleanor (Rentmeester) Wauters, a sister-in-law Jean Ann Brickner, and a brother-in-law Bernie Leiterman. Gathering of family and friends will be held from 4:00 P.M. to 6:00 P.M. on Monday, June 23, 2014 at St. Philip Catholic Church 312 Victoria Street. A Mass of Christian Burial will be held at 6:00 P.M. with Rev. Jose Castenada’ officiating. The family would like to thank Drs. John Shrake, Richard McNutt and James Leenstra, as well as all their staff for giving us extra time with Bob. Also, a BIG thank you to John Hansen for his guidance and compassion during this difficult time. We will miss you and will always be holding you close in our hearts! “Your Girls”

The family of Robert Kollman created this Life Tributes page to make it easy to share your memories.

Send flowers to the Kollman family.