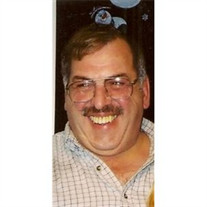 Richard “Rick” C. Nowak, 64, Green Bay passed away unexpectedly on Sunday, February 24, 2013 at home. Rick was born on January 14, 1949 in Green Bay the son of the late Joseph and Mildred (VandenLangenberg) Nowak. He was a graduate of East De Pere High School with the class of 1967. On February 15, 1969, he married Mary Ann Krines at St. Bernard Catholic Church. Rick served his country in the U.S. Army stationed with the 512th Transportation Company Unit in Quinhon, Vietnam until his honorable discharge in 1972. He and Mary Ann dairy farmed in Door County and Maribel for 13 years until they decided to move back to Green Bay when Rick started his trucking career as a Semi-Tractor Trailer Driver for several local transportation companies. In his spare time he loved to tinker in his shop and play with all of his man “toys”. Rick loved playing cards, spending time with his grandchildren and cherished the moments with his family and friends. Rick is survived by his loving wife Mary Ann, Jenny and Gary Gracyalny, and their children- Kayla, Taylor, Brock, Lucas, Pulaski; Josh and Tammy Nowak, and their children Derek, Darcy and Dalton Drost, Rice Lake, Marty and Heidi Nowak and their children Lexy and Danica, Luxemburg, one sister Delores Verheyen, two brothers and three sisters-in-law Tony (Judy) Nowak, Karen Nowak, Ron (Sherry) Nowak, his father-in-law Wencil “Jim” Krines, five sisters-in-law and four brothers-in-law, Donna Krines, Dick (Marvie) Krines, Ruth (Curt) Schuettpelz, Marcia (Bert) Scherer, Jerome (Sandy) Krines. He is further survived by nieces, nephews, Godchildren other relatives and friends. He was preceded in death by one brother Daniel Nowak, his mother-in-law Mary Krines, 2 brothers-in-law Clayton Verheyen and James Krines, Gathering of family and friends will be held from 2:00 P.M. to 5:00 P.M. on Friday, March 1, 2013 at Prince of Peace Parish 3425 Willow Road. Mass of Christian Burial will be held at 5:00 P.M. with Rev. Ralph Merkatoris officiating and Rev. Dan Viertel concelebrating. In lieu of other expressions of sympathy a Memorial Fund has been established in Rick’s name. Rick loved life and his family and always had a smile and a joke to share with everyone he met~ he will be lovingly remembered and sorrowfully missed.

The family of Richard C. Nowak created this Life Tributes page to make it easy to share your memories.

Send flowers to the Nowak family.