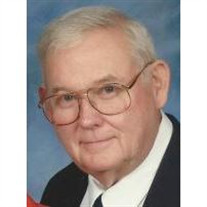 Paul R. Madary, 71, Green Bay was called home to be with his Lord and Savior after a long battle with Alzheimer’s on Sunday, October 12, 2014 surrounded by his family. Paul was born on May 21, 1943 in Marinette, the son of the now late Paul and Helen (Manningham) Madary. He grew up and attended school in Marinette until he left to further his education at U.W. Stout. Paul obtained his B.S. Degree in Industrial Arts Education and received his Masters Degree in Industrial Arts Education. He served his country for over 30 years in the United States Navy as a Lt. Commander serving during the Vietnam War. He continued to serve in the Reserves until his honorable discharge. On June 12, 1965 he married the love of his life Donna Foley at St. Paul’s Episcopal Church in Marinette. Paul worked in the Green Bay School district for over 30 years as an Industrial Arts Teacher for the majority of his career at Washington Middle School. He also taught Drivers Ed in the summer months teaching a multitude of students to drive as well as being an Electricity Instructor at N.W.T.C. for many years. Paul was in the Boy Scouts growing up and stayed very active and supported them as a Leader and volunteered at Camp Bear Paw for various projects and was a life long OA Member. He was a faith filled man and was extremely instrumental in the building of St. Anne’s Episcopal Church. He always gave freely of his time and volunteered in many aspects at the church through the years and was active with the Episcopal Cursillo movement. Paul was an avid coin and stamp collector through the years building a collection that he took pride in. He loved the outdoors and greatly enjoyed spending time on the family 40 deer hunting or enjoying the times spent fishing. Paul is survived by his loving wife Donna, his children Kathyrn Madary, Amy (Don) Knipp, Sara (Ken) Tisler, Paul (Rose) Madary, Mark Madary, 11 grandchildren, Codi, Dylan, Kristi, Casey (Coty), Jonathan, Lexi, Emily, Elizabeth, Abagail, Sam, Maya, great-grandchildren Raegan and Theia, sisters and brother-in-law Jean Belanger, Linda (Jerry) Bertrand, sister-in-law Margaret Madary, brothers-in-law and sisters-in-law John (Donna) Foley, Beth (Dennis) Cohorst. He is further survived by many nieces, nephews other relatives and friends. He was preceded in death by his brothers James and Howard Madary and sister Ann Madary. Gathering of family and friends will be held from 2:00 P.M. to 5:00 P.M. on Saturday, October 25, 2014 at St. Annes’s Episcopal Church 347 S. Libal Street DePere. A Celebration of Paul’s Life will be held at 5:00 P.M. with Rev. Eric Mills officiating. The family would like to offer a special thank-you to the staff of Unity Hospice especially Brenda for all of their loving care and compassion. Also, a warm note of appreciation to Rachel and Diane of Wyndemere as well as the entire staff for their care. In lieu of other expressions of sympathy Memorial Donations may be made to: Bay Lakes Council P.O. Box 267 Appleton, WI 54912 in c/o Bear Paw~ Paul Madary ~ or~ to GBEA Scholarship Fund 2256 Main Street Green Bay, WI 54311 in c/o Memorial of Paul Madary

Paul R. Madary, 71, Green Bay was called home to be with his Lord and Savior after a long battle with Alzheimer&#8217;s on Sunday, October 12, 2014 surrounded by his family. Paul was born on May 21, 1943 in Marinette, the son of the now late... View Obituary & Service Information

The family of Paul R. Madary created this Life Tributes page to make it easy to share your memories.

Send flowers to the Madary family.