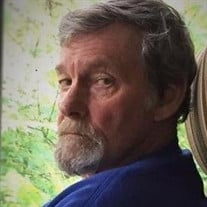 Neil Fredrick Rasmussen of Coupeville, Washington was called home to be with Jesus, he passed peacefully March 4, 2016 in Greenbay, Wisconsin, and he was surrounded with love by his wife and children. Born August 29, 1949 in International Falls, Minnesota to James Charles and Dorothy Agnes (Rooney) Rasmussen. He attended high school at Little Fork Big Falls and graduated in 1967. On March 11, 1968 in Bemidji, Minnesota, Neil entered into the United States Navy. After some time state side in Bainbridge, Maryland and Port Hueneme, California, Neil left to serve time in Morocco, and from there he was deployed to Vietnam. Neil Served with the Seebee’s Military Construction Battalion 3. While in the Navy he earned the National Defense Service Medal, Vietnam Service Medal with Fleet Marine Force Combat Operations Insignia, Vietnam Campaign Medal with device- Marksman M-16 and .45 Caliber Pistol Marksman. Neil was honorably discharged in Port Hueneme California on December 3, 1971. After his military service, he spent 38 years working for the Department of Defense as a high voltage electrician. He started his career at Port Hueneme California, he transferred to Bangor Washington, Whidbey Island Washington, Adak Alaska, returning to Whidbey Island Washington where he retired in 2010. Neil was a friend to all, often times his wife would have to set an extra plate at their already overflowing table, for the young service men he would bring home from work for a good home cooked meal, especially during the holidays. Neil was a friend, confidant and comedian to many. He had a calming nature that would draw people to him. Neil loved to play cribbage especially if he could skunk you and he had a love of the outdoors and spent many hours fishing, sailing, clam digging, crabbing and smoking salmon with his children and grandchildren in the Pacific Northwest. Neil had many nick names, Honey, Pops, Unc, Snuggle Feathers, Daddy-O, Pop- Pop, Gramps, and Raz. Above everything, Neil was first and foremost a Husband, Son, Father, Brother and Uncle. On March 5, 1981 in Washington State he was married to Toni L. Rasmussen who survives of the home. He is survived by six children, his daughters Janiel Pancoast and husband Ward, Tonalea Rehmer and husband Jeff, Crystal Rasmussen-Dedman, Amanda Hrnciar, Jaime Burrows and one son Jonathan Rasmussen. Neil is survived by 16 grandchildren and step grandchildren, Terra, Nichole, Karen, Joseph, Andrew, Nathan, Jennifer, Walker, Garrett, Auston, Kayden, Addison, Adrian, Blake, Marko and Milo. He is also survived by 9 great-grandchildren Andrew, Clayton, Charity, Dakota, Amber, Skylar, Zachary, Bryson and Nolan. Four brothers, Jim Rasmussen wife Pat, Eric Rasmussen wife Beth, Bruce Rasmussen wife Roxanne, Mark Rasmussen wife Michelle and one baby sister Christine Johnson husband Craig and many wonderful nieces and nephews. He was preceded in death by his parents. Memorial Services will be held Saturday May 28th, 2016 at Littlefork - Oakley Cemetery starting at 11:00 am with a reception to follow at the VFW Hall (301 Main Street Littlefork, MN 56653).

Neil Fredrick Rasmussen of Coupeville, Washington was called home to be with Jesus, he passed peacefully March 4, 2016 in Greenbay, Wisconsin, and he was surrounded with love by his wife and children. Born August 29, 1949 in International Falls,... View Obituary & Service Information

The family of Mr. Neil F. Rasmussen created this Life Tributes page to make it easy to share your memories.

Send flowers to the Rasmussen family.