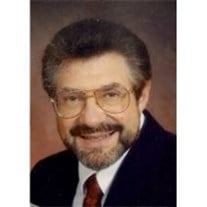 Clement (Mike) Hilbert, 71, passed away Saturday, May 12, 2012 after a courageous battle with cancer. Mike left this world on his own terms and surrounded by his loving family. He was born Sept. 29, 1940 to the late Anton and Marie (Fruechtl) Hilbert in Appleton, WI. Mike married Marie (Okray) at St. Patrick’s Catholic Church on June 6th, 1964. Together they celebrated 47 years of marriage. After graduating from Premontre high school in 1959, Mike enlisted in the United States Navy and served 3 years aboard destroyers as a boiler tender. His Navy career ended just after the close of the Cuban Missile crisis where he participated in the blockade of Cuba. With the support of his wife, Mike was able to explore many different careers in his lifetime. Sales, restaurant owner (Tasty Freeze in Ripon, WI), small business owner (Arts of Mexico Shoppe & Jewelry Workshop), owner/manager of apartments for 41 years, trading in the stock markets and driving semi trucks as both an owner/operator and training instructor. It was while driving truck that he discovered one of his greatest enjoyments, writing stories. After retiring from driving in 2005, he went on to write several short fictional stories for both children and adults. In addition to writing, Mike enjoyed reading books, playing cards and breakfast with the “Premontre Geezers” class of 1959 and other friends. He had a love of the outdoors and spent many hours working in the woods, working on his pond or talking about time spent on the rivers, sharing dreams of having a houseboat on the Mississippi some day. By far, his greatest love was spending time with his wife, children and four grandchildren (who were a source of never-ending pride). Survivors include his wife, Marie, son Gary (Gwen) Hilbert, Green Bay. Daughter Brenda (Tommy), Schroeder, Pulaski WI. Grandchildren, Aaron and Jordan Schroeder, and Peyton and Paige Hilbert. Sister, Mary (Ervin) Penkalski, Milwaukee. Brother Daniel Hilbert, Colorado. Sister In-Law Barbara Hilbert of Raymond. Sister-in-law Joanne Seppala . Sister In-Law Genevieve Delvaux, Lea and Carl Rowe, Evelyn Garrity, Jolane Okray. Extended family Matt, Stephanie, Hunter Chancelor, Carter Olson. Many nieces, nephews and other relatives and friends, with special mention and fondness to Nephew Dean (Heidi) Hilbert, Nephew’s Chris, Andy, Matt and Nick Hilbert. Nieces Deanne (Scott) Vincent, Gina (Steve) Jones, and Niece Sarah (Eric) Rehl. He was preceded in death by his brothers Anthony Hilbert, Benjamin Hilbert and Earnest Hilbert. Father-in-law Leonard Okray, Mother-in-law Bertha (Shuffer) Okray. Brother’s-in-law Robert Okray, Lawrence Okray, Derald Garrity. Sister’s-in-law Irene Crooks and Lucille Ketterhagen. Gathering of family and friends will be held from 9:00 A.M. to 11:00A.M. on Friday, May 18, 2012 at St. Elizabeth Ann Seton Parish 2771 Oakwood Drive. A Service of Remembrance will be held at 11:00 A.M. with Rev. Paul Demuth officiating. In lieu of flowers a Memorial Fund had been established in Mike’s name. The Hilbert family would like to thank family and friends who compassionately provided care and support to Mike and the rest of his family, for which they are eternally grateful. Sincere thanks to the Bellin Cancer Team, Bellin Hospital staff, Unity Hospice, Dr. Amy James, Dr. Mary Connelly, Dr. Kelly Lynch, and Dr. Steven Gerndt for your support.

Clement (Mike) Hilbert, 71, passed away Saturday, May 12, 2012 after a courageous battle with cancer. Mike left this world on his own terms and surrounded by his loving family. He was born Sept. 29, 1940 to the late Anton and Marie (Fruechtl)... View Obituary & Service Information

The family of Mike Hilbert created this Life Tributes page to make it easy to share your memories.

Send flowers to the Hilbert family.