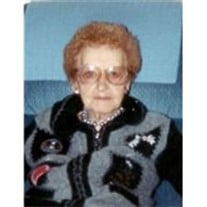 Mary M. “Margaret” Langlois, Green Bay passed away on Monday, November 17, 2008 at Rennes Health Center in De Pere. Margaret was born in Marinette but her family moved to Escanaba before returning to Marinette where she graduated from St. Joseph High School. She lived there until moving to Green Bay to be near her daughter. Margaret was a #1 care taker for her mother, father, brother, cousin and in later life neighbors & friends who needed her loving care. She was a strong woman in the face of adversity as well as a woman born ahead of her time and was always promising herself not to grow old in her thoughts and attitudes. She began trying a new career (CNA) in midlife thereby fulfilling her childhood dream of working in the medical field. She tried new hobbies, new recipes and new clothing styles. Margaret was always interested in life around her and kept up to date with the latest current events by reading the newspaper faithfully, watching Fox News and going to the polls even refusing to use an absentee ballot. She was very grateful to have lived independently until health forced her to accept help. Margaret loved to read, play bingo, go to the casino, travel, visit friends, watch the Packers and go out to eat. She loved her church (even when disagreeing), going when sick, even in below zero weather, praying daily rosary and from her “pet prayer book” Margaret was a woman of deep faith/ trusting God would hear her prayers and take care of her, her family and friends and even help the Packers win. Margaret is survived by her daughter Sister Nancy Langlois, Green Bay. She is further survived by Beatrice Langlois and children Jacqueline (Shane) Truffer and their children Lauren & Timothy; Susan (David) Meyers and their children Daniel, Andrew, Abby; Scott Langlois and his children Christina, Ryan & Sydney; Shirley Pridgeon-Wood and her daughter Marie Langlois, nieces, nephews cousins and friends. She was preceded in death by her husband Norman Donald, a son Donald John, her parents, a sister and brother-in-law Germaine and Tony Zareck, one brother John David Legault. In honor of Margaret’s wishes there will be a private family service held in Baltimore, Maryland. Local visitation for family and friends will be held on Saturday, December 6, 2008 from 12:30 P.M. to 2:00 P.M. at Shrine of the Good Shepherd Chapel Mausoleum 2770 Bay Settlement Road. A Memorial Service will be held at 2:00 P.M. in the Chapel. A thank-you to the staffs of Rennes Health Center, Heartland Hospice and Sister Nancy’s Religious Community, relatives, especially Jeannine and Marlene, friends especially Sister Regina and co-workers who supported Margaret and her during the long journey. A very special thanks to Dr. James Richter who took over her health care and to Sister Fran and Rae who kept vigil all night with Sister Nancy awaiting the Lord’s calling of Margaret.

Mary M. &#8220;Margaret&#8221; Langlois, Green Bay passed away on Monday, November 17, 2008 at Rennes Health Center in De Pere. Margaret was born in Marinette but her family moved to Escanaba before returning to Marinette where she graduated... View Obituary & Service Information

The family of Mary Margaret Langlois created this Life Tributes page to make it easy to share your memories.

Send flowers to the Langlois family.