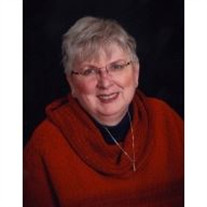 Dr. Mary J. Greenlaw, Ph.D. Dr. Mary J. Greenlaw, 61, beloved wife of Dr. Byron “Buck” Greenlaw, died peacefully after a five-year battle with Amyotrophic Lateral Sclerosis (ALS) on Tuesday, June 19 with Buck by her side. Mary was born in Bonne Terre, Missouri to Edward H. and Lenore A. (Long) Wolf on December 28, 1950. She received her B.S. from the University of Missouri in Biology and General Science Education in 1972, her M.A. from Saint Louis University in Counseling Education in 1979, and her Ph.D. in Education, specializing in Supervision and Teacher Preparation, from Indiana State University in 1993. She was passionate about her career that included teaching High School science, serving as a High School Guidance Counselor, and serving as a teacher’s teacher on the faculties of Indiana State University, Eastern Illinois University and St. Norbert College where she chaired the Education Department from 2004 to 2011. Mary met Buck – her best friend and the love of her life – in Sunday School at the First Christian Church, Branson, Missouri where they were married on June 4, 1988. Beyond her many contributions to her academic discipline and the institutions that she served, Mary served this community on the Golden Apple Advisory Committee, as a Celebrity Reader at Westwood Elementary School in De Pere, and as a member of the Brown County Board for Education for Children with Disabilities. Mary was a member of P.E.O. Chapter EN and, with Buck, she was an active member of Union Congregational United Church of Christ. Mary is survived by her husband, her step-daughters Eva Casey (Tulsa, OK) and Jennifer Patrick (Branson, MO); her brother, Edward “Ned” (Suzanne) Wolf (Rice Lake, WI); her sisters, Trudy (Robert) Jacobs (Portland, OR) and Elizabeth Wolf (Bonne Terre, MO); and nephews, nieces and friends. We will give thanks to God and celebrate Mary’s life on Wednesday, June 27 at 2 pm at a memorial service at Union Congregational United Church of Christ, 716 S. Madison Street, Green Bay with the Rev. Dr. Charles E. Mize and the Rev. Jerry L. Kuehn, officiating. A reception will follow service in the English Room of the Church. In lieu of flowers, contributions in Mary’s memory may be made to a Memorial Fund that has been established in Mary’s name.

The family of Mary Greenlaw created this Life Tributes page to make it easy to share your memories.

Send flowers to the Greenlaw family.