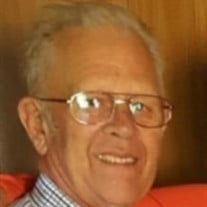 Lawrence Lyman Carpenter was born August 30th, 1946 in Dawson Creek British Columbia to Lyman and Lera Carpenter. The family moved to Hamilton Montana in 1948 and two years later he became the big brother to Luana. As a child Dad enjoyed camping with his family at Lake Como, hunting, fishing, shooting guns with his Dad as well as hiking up Blodgett Canyon. Blodgett was a favorite spot for him to go. Dad attended Hamilton School District for all 12 years of his education and enjoyed playing in the band in high school. Dad also had a love of motorcycles when he was young that continued to follow him throughout the years. After highschool Dad joined the US Navy, serving on the USS Chilton which was home based out of Newport News Virginia, from 1965-1969. After returning home to Hamilton he married his sister's best friend Kathy Haas on September 12th, 1970. They had two daughters Kristie and Juli. Dad worked as a meat cutter for various local grocers for roughly 16 years before becoming a ranch hand for the Gene Jones ranch up the Nez Perce in West Fork, Montana. He continued that line of work until retirement in 2010. While we were growing up Dad enjoyed watching us girls play a variety of sports. Dad enjoyed taking his nephews Brandon and Derek hunting, it was a true passion for him that he loved to share with them. In retirement Dad also enjoyed road hunting with his friend of 59 years Steve Vieth. Dad and Steve shared a long standing friendship from playing in eachothers back yards as children, to riding motorcycles and driving cars. Many mornings spent having coffee and reminiscing over hunting stories were had between the two. They could often be found cheering on their daughters as they played softball and basketball. Dad and Steve would also spend Friday nights under the lights watching the Hamilton Broncs on the football field. Dad was a member of the St. Francis Church and Knights of Columbus. He received Knight of the year in 2018 which he was extremely proud of. Dad loved family, and nothing made him light up more than spending time with his grandsons, Devin, Braelyn and Braxton. Watching them play baseball and ride motocross brought him great joy. They love their Papa and will remember him for all the wheelbarrow rides, fishing days and letting them ‘dig to China’ in the backyard. As a family we were all able to spend Christmas in Hawaii in 2018 fulfilling a lifelong dream of his to visit Pearl Harbor. Dad didn’t always say that much and had a quiet, gentle demeanor. He was a proud Veteran and loved living in the Bitterroot Valley. In early 2020 Dad moved to Green Bay Wisconsin to be closer to family. On June 26th 2020 the mountains, lakes and streams called him home. He passed from complications from kidney removal surgery at Aurora Medical Center in Green Bay. Dad will be remembered for his love of family, black pepper, onions, slippers, his watch, books and old western movies. Dad always thought duct tape could fix anything and believe me he tried. Dad, duct tape can’t fix our broken hearts, we miss you and love you. Dad is survived by his wife of 49 years Kathy, daughters Kristie (Jon) Randolph of Greenville, WI, Juli (Matthew) Franklin of Green Bay, WI, grandson’s Devin Randolph and Braelyn and Braxton Franklin, sister Luana (Roger) Hungerford, Step-siblings Debbie (Larry) Johanesen, Robert (Carrie) Carpenter and Ellen (Joel) Pukerson, nephews Brandon (Cindy) Hart, Derek (Lori) Hart, brother in law Larry (Cindy) Haas, sister in law Connie (Doug) Frazier and numerous great nephews, nieces and cousins. Dad was preceded in death by his father Lyman, mother Lera, step mother Marilyn and brother in law Brad Hart. In lieu of flowers the family would like any donations be sent in Memory of Lawrence Carpenter to the Veterans Memorial at: Veteran’s Memorial, PO Box 1391 Hamilton MT, 59840 or to the charity of their choice. Cremation has taken place and services will be held in Hamilton, Montana in the summer of 2021. A special thank you to Dr. Keto, Tricia, our ICU nurse, who fought so hard to keep dad with us and was there for my mother before we were allowed to come up and say goodbye, for all the staff who assisted mom at Aurora Hospital, we thank you. We also would like to thank Hansen Funeral home in Green Bay, Wisconsin and Daly-Leach Chapel in Hamilton, Montana.

The family of Lawrence "Larry" L. Carpenter created this Life Tributes page to make it easy to share your memories.

Send flowers to the Carpenter family.