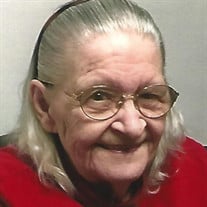 Joyce Selina (Collins) La Plante, 86, Green Bay, died on Saturday, October 24, 2020 at her home. She was born on January 28, 1934, in the town of Scott to the late Richard Collins and Edna McMonagle. She married Wayne Leon La Plante, on July... View Obituary & Service Information

The family of Mrs. Joyce Laplante created this Life Tributes page to make it easy to share your memories.

Send flowers to the Laplante family.