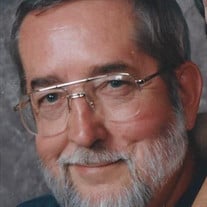 John H. Laskowski, Maribel passed away on Friday, July 10, 2015 at Aurora BayCare Medical Center. John was born on November 13, 1931 in St. Louis, MO the son of the now late Henry and Loretta (Siemer) Laskowski and grew up in Chicago. At the age of 18 John came to Wisconsin to work on a farm and later worked at P&G for over 25 years until he retired. However, retirement was not meant for John so he took a job at the Radisson Hotel as a Bell Captain where he worked for another 12 years. On October 5, 1984 he married Annie Maloney. John had many interests in life but was especially fond of traveling and loved history~ he could always relate and tell a story on any place he and Annie visited or from the many books that he read. John had a room in their house called “John’s Room” that was full of artifacts, books and other history memorabilia that he collected thru the years. John is survived by his loving wife Annie, his children Laurie, Jackie, Jean, Sally, Janet, Nancy, Joe, Michelle, Bob, Susan, Dan and Michael, 22 grandchildren, 12 great-grandchildren. He is further survived by his father-in-law, Annie’s 6 sisters, nieces, nephews other relatives and friends. He was preceded in death by his daughter Mary and her daughter in Heaven along with one brother, his mother-in-law and a great grand-daughter. A Gathering of family and friends to share stories and memories will be held from 6:30 to 8:00 P.M. on Thursday, July 16, 2015 in the Chapel of the Ray and Joan Kroc Center, 1315 Lime Kiln Rd, Green Bay. A Prayer Service will be held at 8:00 P.M. John would want you to come as you are~ come casual! John always said~ “No sadness at my wake. Think of the fun times we had together, all the s--- we did. Remember, I'll be up there with my family and I'm going to be laughing at you cats that have to be down there! If you're good~ I will send you a nice day once in awhile”

John H. Laskowski, Maribel passed away on Friday, July 10, 2015 at Aurora BayCare Medical Center. John was born on November 13, 1931 in St. Louis, MO the son of the now late Henry and Loretta (Siemer) Laskowski and grew up in Chicago. At the... View Obituary & Service Information

The family of Mr. John Henry Laskowski created this Life Tributes page to make it easy to share your memories.

Send flowers to the Laskowski family.