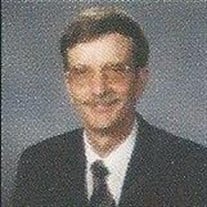 Jerome William (Jerry) Kapphahn, 67, Allouez, WI, died peacefully at his home on December 15th, 2017. Jerry is survived by his wife Deborah; children, Kara Kapphahn, Amanda (Sean) Stagg, and Jennifer (Will) French; grandchildren Zachary and Charlotte Stagg; sisters Muriel Laible, Jean Tschosik, Connie (Jack) Fritz, Mary (Harry) Hermes, and brothers Bill (Pam) Kapphahn, Rob (Ginny) Kapphahn, and Mike (Diana) Kapphahn. He is further survived by many nieces, nephews, and cousins. He was preceded in death by his father, Frederick A. Kapphahn and mother, Luella Haber Kapphahn, sisters Bette Buchanan-Lanarz and Kay Post, and brother Al Kapphahn. Jerry was born on January 15, 1950 in St. Cloud, MN.,one of eleven children, of Frederick and Luella Kapphahn. He graduated from St. Cloud Cathedral High School in 1968. He attended Anoka-Ramsey Junior College in Anoka, MN and Sauk Valley College in Dixon, IL. He studied sales and management and electrical trades. He married Deborah Dempsey, his wife of 42 yrs., on June 21,1975, in Rock Falls, IL. He worked for Northwestern Steel and Wire in Sterling, IL for 10 years. After moving to Green Bay, WI in 1982, Jerry began working for Brennan Buick Sales, in new and used car sales. He retired from there in 2012, after 30 years of service. Jerry was accomplished at home improvement and enjoyed working on various projects around his home. He was especially proud of the family room addition he added to his family's home in IL. He was a dedicated and loving husband and father, a hard worker, and loved history, bowling, and his Minnesota sports teams, especially the Vikings. A Memorial Service, in celebration of Jerry's life, is scheduled for Sat, January 13th, 2018 at 11:00 am.,at Resurrection Catholic Parish Chapel, 333 Hilltop Dr., Green Bay WI., with visitation at the church, prior to the service, from 10:00-11:00 am. In lieu of flowers, a memorial fund has been established in memory of Jerry. The family would like to thank Heartland Hospice for their kind care, compassion, and support.

The family of Mr. Jerome "Jerry" W. Kapphahn created this Life Tributes page to make it easy to share your memories.

Send flowers to the Kapphahn family.