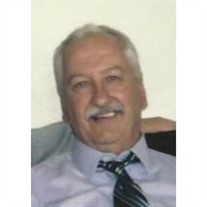 Jeffrey “Jeff” L. Jens, 55, De Pere, went to his eternal rest on Sunday, March 30, 2014 while enjoying time with his family and friends. Jeff was born on June 23, 1958 in Appleton, the son of Ron and Ila Mae (Plamann) Jens. Jeff attended Shiocton High School and U.W. Oshkosh. On April 29, 1995 he married the former Carie Guns. Jeff had a heart of gold. His happiest times were watching his kids play sports, spending time with family, hunting with his brothers, getting in a round of golf, cutting his lawn, listening to the Beatles, calling The Fan Sports Radio, watching PGA, NCAA and NFL, being with the Denmark families and checking in on others. Jeff is survived by his loving wife Carie, his children Gunner, Brady and McCartney, his mother Ila Mae Jens, his siblings Vicki, Jim (Deb), Steve (Sharla), Jodie (Steve), Robin (Mike), Todd (Stacy), his mother-in-law Arleen Guns, Carie’s siblings Margaret (Wayne), Lucy (Pat), Wally (Kitty), (Janet), Bernice (Tom), Shirley (Bob), Chuck (Jean), Bev (Lyle), Bill (Pam), Julie (Mark), Joe (Kathy), Eileen (Al), Tom (Mary), Cliff, Amy (John). He is further survived by numerous nieces, nephews other relatives and friends. He was preceded in death by his father Ron Jens, his father-in-law Ray Guns, in-laws Dave Guns and Debbie Guns. The wake will be held from 3:00 P.M. to 7:00 P.M. on Thursday, April 3, 2014 at St. Mary of Glenmore, 5832 Big Apple Road. A Prayer Service will be held at 7:00 P.M. Visitation will continue after 9:30 A.M. on Friday, April 4, 2014 at the church until the time of service. A Mass of Christian Burial will be held at 11:00 A.M. with Rev. David Pleier officiating. Burial at Highland Memorial Park, Appleton. There will be a memorial fund established for his children. Bring your stories of remembrance to be able to share with his children for a memory book, to keep his memory close to their hearts.

The family of Jeffrey Jens created this Life Tributes page to make it easy to share your memories.

Send flowers to the Jens family.