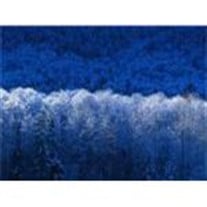 Jane S. Tauscher, 78, Dunbar, formerly of Green Bay passed away on Wednesday, December 23, 2009 at a local hospital. Jane was born on April 21, 1931 in Kingsford, Michigan the daughter of the late Clement and Emma (Cody) Nowak. Jane and her family re-located to various cities while growing up due to her father’s job and they eventually settled in the Green Bay area. Jane was a graduate of Green Bay West High School with the class of 1947. On September 3, 1949 she married Louis Tauscher at Grace Lutheran Church, ELCA (Green Bay) and the couple celebrated over 60 years together. Jane worked in retail sales for most of her life and retired from Sears as a Department Manager in 1985. Even though she worked, Jane was a full time Mom and always made sure that her family was taken care of first. She loved to stay active and was nominated Treasurer of the Dunbar Sportsman Club, holding this position for over 12 years. Jane absolutely loved nature and found great joy marveling the beauty right outside her front door. She took great pride in the flowers she planted even when the deer seemed to take an interest in them as well. Jane was a loving wife, grandmother, great-grandmother, sister, a friend to many and will always be lovingly remembered and sorrowfully missed. Jane is survived by her loving husband Louis, their children and spouses Kathy and Bob Loos, Green Bay; Chris and Darrell Naze, Suamico; Sue Stein, Green Bay; Steve and Cheryl Tauscher, Green Bay; 9 grandchildren, 7 great-grandchildren and one on the way, two sisters and one brother-in-law Genevieve Van Iten, Irene (Bernard) DePrey, four sisters-in-law and three brothers-in-law Lorraine Nowak, Doris Parks, Mary (George) Sharp, Ruth (Oscar) Dahl, Donald Mohr. She is further survived by nieces, nephews other relatives and friends. She was preceded in death by four sisters and two brothers-in-law, Nancy Ellen Nowak, Bernice (Hilary) Boncher, Dorothy Mohr, MaryAnn O’Brien, Stanley Parks, two brothers and one sister-in-law Clem (Jenny) Nowak, Leon Nowak, a brother-in-law and sister-in-law Chuck and Dot Tauscher. Gathering of family and friends will be held on Saturday, January 9, 2010 from 10:00 A.M. to 11:00 A.M. at Grace Lutheran Church W8014 Minnnie Street, Pembine, Wisconsin. A Celebration of Jane’s Life will be held at 11:00 A.M. with Rev. Gene Wickman officiating. Online condolences may be expressed at www.hansenfuneralservice.com. In lieu of flowers a Memorial Fund has been established in Jane’s name. The family would like to offer a special thank-you to the staffs of St. Vincent Hospital 9th floor for all of the loving care and attention shown to Jane. Also, a warm note of appreciation to the staffs of Unity Hospice for all of their assistance.

Jane S. Tauscher, 78, Dunbar, formerly of Green Bay passed away on Wednesday, December 23, 2009 at a local hospital. Jane was born on April 21, 1931 in Kingsford, Michigan the daughter of the late Clement and Emma (Cody) Nowak. Jane and her... View Obituary & Service Information

The family of Jane Tauscher created this Life Tributes page to make it easy to share your memories.

Send flowers to the Tauscher family.