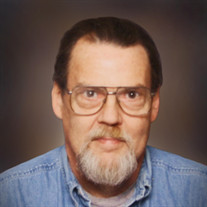 Jim E. Berg, 62, Green Bay was welcomed home in Heaven and was greeted by the love of his life Debbie. Jim was born on April 18, 1954 in Rice Lake the son of Philip and Elizabeth (DeJung) Berg. On January 22, 1972 he married the former Debbie Westien in a Naval Chapel in California and the couple enjoyed over 32 years together. Debbie preceded him in death on May 25, 2004. He served his country during the Vietnam War serving 2 tours as an E4 aboard the U.S.S. Juneau as an Aviation Fuel Specialist. Jim loved nature and enjoyed being outside especially in the Northwood’s of Crandon and Mountain and found great pleasure in watching sunsets. He was a novice photographer and took many great photographs of wildlife, nature and sunsets. Jim was an animal lover and he and Debbie had many loving pets thru the years. Jim is survived by his 2 children Shane Berg, Mick J. (Jodine) Berg, 4 grandchildren James Santy, Thomas Santy, Conor Felder, Jada Berg, his father Phil Berg, his brothers and sisters Rick (Sherry) Berg; Mark Berg and a close family friend Kim Martin; Mary (Dave) Scray; Tony (Nancy) Berg; Chris Berg; Katy Theys and Margee Berg Albers, one sister and brother-in-law Jodi (Mark) Noack and many surviving relatives and his special friend and long time companion Sophie who never left his side and always protected him. He was preceded in death by his wife Debbie, 3 grandchildren, his mother Elizabeth Berg. His mother-in-law Marlis Reinhard and father-in-law Robert Westein. In Remembrance of Jim’s wishes a Celebration of his life will be held from 4:00 P.M. to 7:00 P.M. on Monday, August 1, 2016 at the Ravine 2633 Manitowoc Road. In Honor of Jim’s Service and Dedication to his Country a Military Funeral Honor Service will be held at 6:30 P.M. In lieu of flowers a memorial fund has has been established. The family would like to offer a warm note of appreciation to the staffs of Unity Hospice for all of your loving care, compassion and dignity shown to Jim~ your kindness will never be forgotten. Also, a heartfelt thank-you to Pastor Bob Wied for your support and prayers over Jim and other family members.

Jim E. Berg, 62, Green Bay was welcomed home in Heaven and was greeted by the love of his life Debbie. Jim was born on April 18, 1954 in Rice Lake the son of Philip and Elizabeth (DeJung) Berg. On January 22, 1972 he married the former Debbie... View Obituary & Service Information

The family of Mr. James "Jim" E. Berg created this Life Tributes page to make it easy to share your memories.

Send flowers to the Berg family.