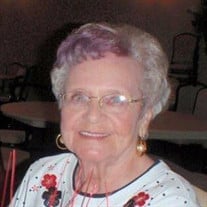 Mrs. Edwin Georgiana “Georgie” Carlin Neveu 95, a long time Allouez resident passed away on Saturday February 13th, 2016 at Odd Fellow Rebekah Nursing Home. Georgie was born on July 3rd, 1920 in Ontonagon, Michigan to the late Terrence and Clara (Mineau) Carlin. She attended grade school in Oconto, Wisconsin and graduated from Oconto High School. She graduated from Mercy Hospital School of Nursing in 1941. She worked at St. Mary’s Hospital in Green Bay from 1943 to 1980 as a registered nurse. After retiring she did volunteer work. She was a member of Resurrection Catholic Church in Allouez, where she ushered and was minister to the elderly at Americana East Nursing home for 15 years. She was a member of the Ladies Guild at Resurrection Church. In 1951 she married Edwin Neveu in Nashua, Iowa at the Little Brown Church in Vale. In her Lifetime she was a member of the Mercy Hospital Alumni Association and the St. Mary’s Hospital Retirees, Past President of the VFW Auxiliary 2037 in Green Bay, Past President of the Green Bay Garden Club, Past President of the Fun Lovers Club and the Cooties Auxiliary. Georgie is survived by one son and daughter-in-law Peter and Sandy Neveu, Appleton, grandchildren Tracey (Michael) Nass, Kelly (Tim) Nass, Mark (Melissa) Neveu, Kristopher (Tara) Josephson, Andrew (Kelly) Josephson, Nikki Jesse, Jennifer Glasheen, Michael Neveu and his fiancé Emma and Samantha Neveu, great-grandchildren Lindsey, Nicolas, Alyssa, Cameron, Samuel, Tegan, Lucy, Ruby, Ian, Isaac, Quinn, Boden, Emily, Matthew and great great-grandchild Leonardo. She was preceded in death by her husband Edwin Neveu, daughter Nancy Josephson, her parents, brother Earl (Effal) Carlin, sisters Esther Hasselt, Marian Huber and Patricia (Ed) Krueger, nephew Terry Krueger and grandson-in-law Jeff Gilson. She counted among her friends Bishop A.J. Wycislo, Father Richard Shafer and Father John O’Brien. Gathering of family and friends will be held from 3-7pm on Wednesday February 17th, 2016 at Resurrection Catholic Parish, 233 Hilltop Drive, Allouez. A Parish wake service will be held at 6:30pm. Visitation will continue after 9:30am on Thursday, February 18th, 2016 at the church. A mass of Christian burial will be held at 10:30am with Bishop Robert Morneau officiating. Entombment at Allouez Chapel Mausoleum. To leave a memory on Georgie’s tribute wall please visit www.hansenfuneralservice.com. The family would like to offer a special thank you to the staff of Odd Fellow Nursing home for all of their care and compassion as well as Resurrection Catholic Parish for providing long-term peace and prayer to Georgie and her family.

The family of Mrs. Georgiana Neveu created this Life Tributes page to make it easy to share your memories.

Send flowers to the Neveu family.