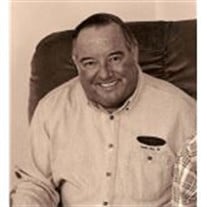 Gene Deprey, 74, Brussels, passed away on Friday, November 21, 2008 at home after a lengthy illness. Gene was born on March 4, 1934 in Green Bay the son of the late Isadore and Frieda (Laundrie) Deprey. He was a graduate of Green Bay East High School with the class of 1952. Gene was employed at Green Bay Drop Forge as a tool and die Maker, later becoming a supervisor. He also worked part-time as a bartender at Proski’s Supper Club during the Glory Years of the Green Bay Packers. Gene then worked as a Materials Coordinator for Paper Converting Machine Company until his retirement in 1984. On August 3, 1985 he married the former Carol Krines. Gene always had a smile on his face and a good joke to tell. He loved the water and always enjoyed spending time on his boat. Gene liked the outdoors and the many times spent snowmobiling. He was an avid Packer Fan and enjoyed watching the games. Gene was a loving husband, father, grandfather, brother, a friend to many, who will be lovingly remembered and sorrowfully missed. Gene is survived by his loving wife Carol, his children Mitchell (Bari) Deprey, Marci Spofford and her special friend Ric Foytik, Dan (Terri) Deprey, his step-children Rodd Goulder, Pat (Sue) Goulder, six grandchildren Caleb & Ariel Deprey, Blake, Brock & Tommy Spofford, Caroline Foytik, Lilly and Aubrie Deprey, five step-grandchildren Jessi, Zach and Kelly Goulder, Nicole and Michael Goulder, one step-great-grandchild Logan Pierce, a brother and sister-in-law Mel and Gerry Deprey, one brother-in-law and two sisters-in-law Ron and Carla Krines, Sandra Pigeon. He is further survived by nieces, nephews, other relatives, friends and neighbors. He was preceded in death by one brother and sister-in-law Irvin and Patricia Deprey, one sister Shirley Deprey-Vander Heyden, three nephews. In honor of Gene’s request there will be no funeral service. A Celebration of Gene’s life will be announced at a later date. The family would like to offer a warm note of appreciation to the staffs of Door County Memorial Hospital and Unity Hospice for all of their loving care. Also, a heart-felt thank-you to all of Gene’s relatives, friends and neighbors who were there for him during this difficult time.

Gene Deprey, 74, Brussels, passed away on Friday, November 21, 2008 at home after a lengthy illness. Gene was born on March 4, 1934 in Green Bay the son of the late Isadore and Frieda (Laundrie) Deprey. He was a graduate of Green Bay East High... View Obituary & Service Information

The family of Gene Deprey created this Life Tributes page to make it easy to share your memories.

Send flowers to the Deprey family.