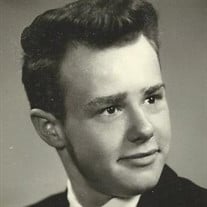 Donald P. Garot, entered into eternal peace on Thursday, October 1, 2015. Don was born on October 6, 1948 in Green Bay to Donald “Buck” and Geraldine (Salmon) Garot and was the oldest of eight children. He was a 1967 graduate of Green Bay Preble High School. On October 5, 1968 he married the love of his life, Judith Lynn Gabrielson, together they raise two children and shared 47 years of marriage. In February of 2015 they took their family ‘bucket list” vacation to Hawaii where many wonderful memories were made. Don worked for many years driving for Buck Garot Distributing (Rahr’s & Leinie’s) and 7 Up bottling. On May 5, 1989 he took a leap of faith and started Don Garot Trucking. From the first individual to the very last, and all of you in between whom Don worked with and for, he was thankful and grateful for each and every opportunity that came his way. The comradery of the guys he worked with over the years was something he loved and would always cherish. Trucking was his passion and something he took great pride in. Don loved hunting, fishing and camping. He looked forward every year to sighting in the guns and opening day with the crew from Kewaunee. Don also spent many years hunting in Chase with his good friend Kenny and the Karcz boys. Don loved fishing for perch and blue gill but one of his greatest joys was deep sea fishing with his son in Hawaii. Don and Judy spent many years camping in several places where he loved meeting new people and making friends, some of which still refer to him as the eternal jokester. Don is survived by his wife and best friend, Judy, his children, Lisa (Todd Vincent), David Garot, grandchildren, Alex and Kendra Garot, Andrea Vincent and great-granddaughter Myah Vincent, his sisters Linda (Jim Agamaite) Sheila DeWitt, Sharon (Tom Fernandez), Diane Garot, Susan Garot (Jamie Kersten), nieces, nephews and Godchild April Finger. He is further survived by many special cousins and their spouses along with many dear friends. He was preceded in death by his parents, Donald “Buck” & Geraldine Garot, brothers Paul and Kevin Garot and in-laws Merlin and Florabelle Gabrielson. Gathering of family and friends will be held from 4:00 P.M. to 7:00 P.M. on Tuesday, October 6, 2015 at Prince of Peace Catholic Church 3425 Willow Road. A Parish Wake Service will be held at 7:00P.M. Visitation will continue after 10:00 A.M. on Wednesday, October 7, 2015 at the church until the time of service. A Mass of Christian Burial will be held at 11:00 A.M. with Rev. Dan Viertel officiating. Don’s family would like to give a very special thank-you to his sister Linda for the priceless gift of Don’s Kidney. Without your generosity & selfless act, we wouldn’t have been able to enjoy the past 23 years~ we love you! To the wonderful staff at Bellin Hospital over the years, thank-you for the care and compassion. To John at the front desk and the girls in the lab~ Don loved visiting with all of you and thank-you for making his monthly visits something he actually looked forward to. To the incredible staff at Unity Hospice, Father V and John Hansen~ words cannot express our appreciation and deep gratitude during this difficult time~ you are all angels. Rest in Peace Dad, we will see you on the other side and Mom says save her a recliner. P.S. Have a cold one ready, I know there’s a tiny tavern somewhere! I love you Dad, Lisa.

The family of Mr. Donald "Don" Garot created this Life Tributes page to make it easy to share your memories.

Send flowers to the Garot family.