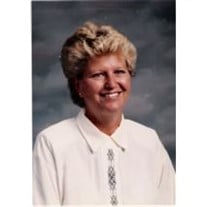 Dianne K. Kemper, 60, Green Bay passed away on Wednesday, December 12, 2007 at her home with her family by her side. Dianne was born on October 28, 1947 in Green Bay the daughter of the late Desmond and Iva (Volbrecht) Henning. She was a graduate of Green Bay East High School with the class of 1964. Dianne pursued her education at the University of Wisconsin Oshkosh obtaining a B.S. Degree in Education. On August 5, 1972 Dianne married Tom Kemper at Ascension Lutheran Church and they enjoyed over 35 years together. She taught for 3 years in California before returning to Green Bay where she taught at Edison Middle school from 1972 until she retired in 2005. Dianne was a sports enthusiast and excelled as an athlete in basketball, tennis, track and softball but her greatest love was swimming. She liked the outdoors and had a lot of fun times when she went fishing. Dianne was a huge Packer fan and liked to watch them play. She cherished the moments spent with her family and friends. Dianne always found great joy in planning and hosting their many gatherings together, she always tried to make it special. Dianne was a loving wife, mother, grandmother, sister a friend to many and will forever be lovingly remembered and sorrowfully missed. Dianne is survived by her husband Tom, a daughter and son-in-law Jodi A. and Richard Paz, two sons and one daughter-in-law Brock and Sandra Kemper, Clint M. Kemper and his fiancé Emily Ball (who are engaged to be married on December 29, 2007, which made Dianne proud as she is the one who introduced Clint and Emily to each other) two grandchildren Kai Kane´ Paz, Kalani M. Paz, a sister and brother-in-law Dawn and Tom Clover, one brother and sister-in-law Darwin and Sherry Henning. She is further survived by nieces, nephews other relatives and friends. She was preceded in death by her parents. Gathering of family and friends will be held on Sunday, December 16, 2007 from 3:00 P.M. to 5:00 P.M. at Ascension Lutheran Church ELCA 2911 Libal Street. Funeral Service 5:00 P.M. at the Church with Pastor Lori Swenson officiating. Burial at Rosendale Cemetery, Rosendale, Wisconsin. The family would like to offer a warm note of appreciation to the staffs of Saint Vincent Hospital 9th floor and Unity Hospice for all of their wonderful care and concern. Also, a special note of gratitude to Dianne’s family and friends for all of their support.

Dianne K. Kemper, 60, Green Bay passed away on Wednesday, December 12, 2007 at her home with her family by her side. Dianne was born on October 28, 1947 in Green Bay the daughter of the late Desmond and Iva (Volbrecht) Henning. She was a graduate... View Obituary & Service Information

The family of Dianne K. Kemper created this Life Tributes page to make it easy to share your memories.

Send flowers to the Kemper family.