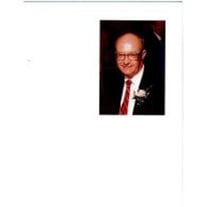 David F. Vlack, 77, a long time resident of De Pere passed away on Sunday, May 1, 2011 at Bellin Memorial Hospital. David was born on July 30, 1933 in Appleton the son of the now late Albert and Caroline Vlack. He was a graduate of Waupaca High School with the class of 1951. David furthered his education at U.W. Madison where he received his Bachelors and Masters Degree in Entomology. He put his years of education to work and opened his own business as a Commercial Bee Keeper for many years. David loved his job and always took the opportunity to teach others as to what he did and even share some of his widely known honey. David was a hard worker but being self employed he rarely took time off but always loved to travel and was very fond of his 2 trips to the Czech Republic. He had a heart of gold and always reached out to help others and enjoyed delivering for Meals on Wheels. David was a long time member of the De Pere Men’s group. He loved his family and took great pride in the fact that he was an uncle and always remembered the special events in their lives with a card. David is survived by one brother and sister-in-law Verne and Sharon Vlack, Madison; one niece Lisa (John) Constantelos and their children Valerie and Stephanie, Clayton, NC; one nephew Greg (Jennifer) Vlack and their children Ashley and Alexis, Madison; his dear friends Al and Judy Christensen, De Pere. He is further survived by numerous friends. Gathering of family and friends will be held from 1:30 to 3:15 P.M. on Saturday, May 7, 2011 at Union Congregational Church, 716 S. Madison Street. A Funeral Service will be held at 3:30 P.M. at the church with the Rev. Dr. Charles E. Mize, officiating. In lieu of other expressions of sympathy Memorial Donations may be made to: Union Congregational Church 716 S. Madison Street, Green Bay, WI 54311. The family would like to extend a warm note of appreciation to the staffs and Doctors of Bellin Memorial Hospital for all of their loving care. Also, a heart-felt thank-you to Unity Hospice for all of their compassion and dignity shown to Dave.

David F. Vlack, 77, a long time resident of De Pere passed away on Sunday, May 1, 2011 at Bellin Memorial Hospital. David was born on July 30, 1933 in Appleton the son of the now late Albert and Caroline Vlack. He was a graduate of Waupaca High... View Obituary & Service Information

The family of David Vlack created this Life Tributes page to make it easy to share your memories.

Send flowers to the Vlack family.