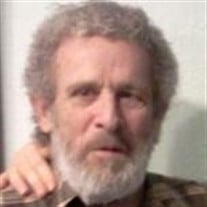 David B.A. Champeau, 80, Green Bay passed away on Monday, November 6, 2017 at the Unity Hospice Residence with his family by his side. David was born on April 7, 1937, in Spruce, Wisconsin, the son of the now late Roy and Mae (Burns) Champeau. David served his country in the United States Army in the Army of Occupation in Austria and Germany until his honorable discharge in 1957. He married Charlotte Peters at St. Patrick’s Catholic Church in 1959 and together they had four children. David was employed for several years at Diana Manufacturing as a Production Foreman until his retirement. He was also a school bus and charter driver for Lamers for many years. David was a man with one of the biggest hearts and always had a smile, a story and a joke for everyone he met. David is survived by three sons, Rick (Karin) Champeau, Scott Champeau, Rod Champeau (Tina Barber); one daughter, Tory Champeau (Clark Matuszak), a special niece that he thought of as a daughter, Lynne Olejniczak, ten grandchildren Rikki, Tanner (Nicole), Graham, Keenan, Asher, Alexander, Gabrielle, Miranda, Brittany and Briana; one brother and two sisters-in-law Patrick (Mary) Champeau, Bonnie Gray, one sister and brother-in-law Catherine (John) Calhoun. He is further survived by nieces, nephews other relatives and dear friends. He was preceded in death by his brothers and sisters Mary, Betty, Jack and Jerry. Gathering of family and friends will be held from 1:00 P.M. to 5:00 P.M. on Friday, November 10, 2017 at the Sepia Chapel 3562 Finger Road. A Funeral Service will be held at 5:00 P.M. with Rev. Scott Valentyne officiating. In honor and recognition of David’s service to his Country Military Funeral Honors will be held immediately following the service. In the spirit of David’s casual nature, please come as you are. The family would like to offer a warm note of appreciation to the staff of the Palliative Care Team at St. Vincent Hospital for all of their loving care and concern. Also, a special thank you to the wonderful care Dad received through Unity Hospice~ your kindness, care and compassion shown to him will never be forgotten.

David B.A. Champeau, 80, Green Bay passed away on Monday, November 6, 2017 at the Unity Hospice Residence with his family by his side. David was born on April 7, 1937, in Spruce, Wisconsin, the son of the now late Roy and Mae (Burns) Champeau.... View Obituary & Service Information

The family of Mr. David Bruce Allan Champeau created this Life Tributes page to make it easy to share your memories.

Send flowers to the Champeau family.