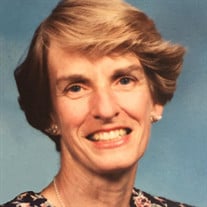 CAROL EVES BOWLEY Carol Eves Bowley was a Green Bay resident since 1974 and died peacefully at home on May 13, 2015, of ovarian cancer. For the past ten years, she was also a part-time resident of Green Valley, Arizona. Carol was born in 1937 in St. Louis, Missouri, the daughter of Max and Arline Eves. In addition to loving her family and friends, Carol was very committed to her churches and the work of the Green Bay YMCA. As moderator and in other roles at Union Congregational Church (United Church of Christ) in Green Bay and at Valley Presbyterian Church in Arizona, Carol delighted in bringing people into the life and caring fellowship of the church. At the YMCA, she enjoyed filling a variety of roles including Downtown Executive, Director of Program Development, and even lifeguard, however her favorite role was building the self-esteem, confidence, and motor skills of young children through the preschool gym/swim program. Carol started the program as a volunteer in 1974 with one class and 16 students; when she retired from the Y in 2006, the program was serving over 2000 children weekly. Carol earned B.S. and M.S. degrees from Central Missouri University. She taught high school in Liberty, Missouri, and college at Simpson College in Iowa, and St. Norbert and Lakeland colleges in Wisconsin. She was a civilian director with Army Special Services in recreation centers in La Rochelle and Orleans, France. In Green Bay, she served as president of the Early Childhood Organization (ECHO) and the Northeastern WI Talented and Gifted Organization (NEWTAG). Carol married her husband, Jim, on August 8, 1970, and they loved to travel, visiting 42 countries together. Her survivors include daughters Erin Bowley (Jeremy Szopinski) in Minneapolis and Flora Shannon Bowley in Portland OR; son James C. Bowley Jr. (Mary Provance-Bowley) near Pittsburgh PA; grandsons Joshua (Esther), Phillip, James (Jessica), and Michael; great-grandchildren Sarah Grace and Ledger; sister Jean (Bill) Anton; brother Don (Kay) Eves; and nieces and nephews. Gathering of family and friends will be held from12:15 P.M. to 2:15 P.M. on Sunday, May 17, 2015 at Union Congregational UCC Church 716 S. Madison Street. A Funeral Service will be held at 2:30 P.M. with Rev. Bridget Flad officiating. Burial at Woodlawn Cemetery, Allouez. In lieu of flowers, memorials may be made to the Green Bay YMCA, Union Congregational Church, or AAUW. Carol leaves an extraordinary legacy of commitment and caring in the hearts of many people and will be dearly missed

CAROL EVES BOWLEY Carol Eves Bowley was a Green Bay resident since 1974 and died peacefully at home on May 13, 2015, of ovarian cancer. For the past ten years, she was also a part-time resident of Green Valley, Arizona. Carol was born in 1937... View Obituary & Service Information

The family of Mrs. Carol Bowley created this Life Tributes page to make it easy to share your memories.

Send flowers to the Bowley family.