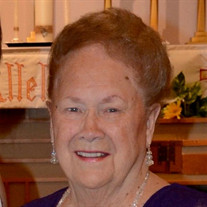 Beverly “Bev” A. Kroll, 89, De Pere, passed away on Monday, December 23, 2019, surrounded by her family. Bev was born on February 8, 1930, in Green Bay, the daughter of the now late Leonard and Mildred (Martin) Burdick and was raised by her Aunt Amy Rockwell for the first 10 years of her life. She attended Green Bay West High School and worked at Dehns Ice Cream Shop where she met the love of her life, Raymond Kroll. On May 1, 1948 they were married at St. Mary’s Catholic Church and the couple enjoyed almost 50 years together. Ray preceded her in death on April 21, 1998. She was part of the family business and worked at Krolls for many years. Bev and Ray were very faith filled and longtime members of St. Philip Catholic Church. She loved going to Bingo and playing cards with her sister, Toots. Bev was an avid golfer and belonged to women’s leagues at both the Woods and Mystery Hills for several years. She loved traveling and often took trips with Ray, making tons of memories and especially enjoyed her Hawaii trips. Bev was an excellent gardener, had a green thumb and loved her flowers. She had a servants heart and in her later years, volunteered every Wednesday at the Red Cross where she became such an asset as she was so dependable and well liked. Bev is survived by her children: Chris (Gary) Birr, Allouez; Pattie (Kevin) Kim, Kamuela, HI; Jean Jones, Green Bay; Kathy (Steve) Goethe, De Pere; Mary “Bobbi” (Al) Luberda, De Pere; 9 grandchildren, 9 great-grandchildren and 2 on the way in May of 2020, 1 sister and brother-in-law: Grace “Toots” (Gerry) Johnson, 1 sister-in-law: Pat Burdick. She is further survived by nieces, nephews other relatives and friends. She was preceded in death by 1 son: Tommy, 1 daughter: Debra Gaines, 1 son-in-law: Kelly Jones, 2 grandsons: Luke Martin and Greg Gaines. She was further preceded in death by her brothers and sisters along with Raymond’s brothers and sisters. Gathering of family and friends will be held from 9:30 A.M. to 11:00 A.M. on Monday, December 30, 2019 at Our Savior Lutheran Church, 120 S. Henry Street. A Funeral Service will be held at 11:00 A.M. with Pastor Dave Hatch officiating. Entombment at Shrine of the Good Shepherd Chapel Mausoleum. In lieu of flowers a Memorial Fund has been established in her name. The family would like to offer warm note of appreciation to the staffs of Aurora BayCare Medical Center for all of their loving care and compassion~ your kindness will never be forgotten.

The family of Mrs. Beverly Kroll created this Life Tributes page to make it easy to share your memories.

Send flowers to the Kroll family.