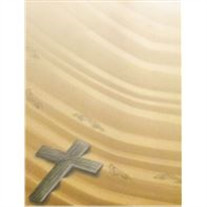 Bernice C. Olm, Green Bay passed away on Wednesday, December 16, 2009 at a local nursing home. If you knew my mom, you have your own special set of memories. I can only share my own recollections as her daughter, Michele. Bernice was born May 31, 1943 in the town of Meeme, in Manitowoc County. She graduated from Kiel High School in 1961. The most important aspect of her adult life was her marriage to my dad, Wayne. They were married on August 14, 1963 at St. Isidor’s in Osman, WI; this past August they celebrated their 46 year anniversary. They’ve resided in Green Bay, WI since 1970. I witnessed their relationship for 35 of those years and the overwhelming impression they gave to everyone who knew them was that of an abiding love, respect and friendship; a true partnership. 37 years ago mom and dad made a very important decision for a boy named Daniel. They adopted him as their son and 2 years later did the same for me when I was chosen as their daughter. A surprise and a blessing arrived shortly after that when mom gave birth to Kevin. And so her journey of motherhood began, with all its joys, fears, disappointments, and triumphs. She supported us with whatever activities we were involved in; from soccer for Dan, swim meets with me and basketball games for Kevin. She took great pride in her family’s accomplishments, whether academic or athletic. My mom had a close group of friends who shared a love for Neil Diamond, playing bridge, dancing and overall camaraderie which lasted many years. She was a devoted member of Resurrection Catholic Parish. And when it came time for us to marry, she welcomed her new children Carrie (Kevin Olm), Andy (Michele Tenor), and Melissa (Dan Olm) with open arms and all the love in her heart and they in turn loved her dearly. Six years ago she became a grandma for the first time and we are so thankful she was able to develop a relationship with Drew, Grace, and Ethan. I know she cherished every minute she spent this year with her newest granddaughter Katie. Mom always had a thriving garden no matter how fickle the growing season was. Without question, the moment she most looked forward to was the day she could pick the first ripe tomato from her garden. She appreciated and enjoyed those tomatoes not only for their flavor and the bounty they brought to her family’s table; but because the summer is so quickly here and gone. We too appreciated and loved mom for that very same reason. Like the summer and the fruit of the tomato plant, she was gone from us much too quickly. She was preceded in death by her parents, Henry and Irene (Salm) Schwartz, and her father and mother in-law; Leroy and Grace (Karstaedt) Olm. She is survived by her brother, Lee (and Helen) Schwartz, and sisters Marianne (and Robert) Leitner, and Louise (and Mel) Lundie. She is also survived by her brother-in-law, Paul (and Judy) Olm, sister-in-law Mary Olm and many beloved nieces and nephews. So let’s gather around the table now; it’s time for one last love squeeze. Thank you, Jesus, for the food. Thank you for a little girl named Bernice and everything that she became in her life; a daughter, a sister, a friend, a wife, a mother, and a grandma. Amen. . Gathering of family and friends will be held from 3:00 P.M. to 5:00 P.M. on Monday, December 21, 2009 at Resurrection Catholic Church 333 Hilltop Dive, Allouez. Mass of Christian Burial 5:00 P.M. at the church with Bishop Robert Morneau officiating. In lieu of flowers, the family will establish a memorial fund for the Green Bay Area Humane Society, Wisconsin Public Radio and Resurrection Catholic Church. The family would like to extend special thanks to the staff at Odd Fellow Home (C Wing), where Bernice spent her last days. The honor given to all of her final wishes was a comfort to all.

Bernice C. Olm, Green Bay passed away on Wednesday, December 16, 2009 at a local nursing home. If you knew my mom, you have your own special set of memories. I can only share my own recollections as her daughter, Michele. Bernice was born May... View Obituary & Service Information

The family of Bernice C. Olm created this Life Tributes page to make it easy to share your memories.

Send flowers to the Olm family.