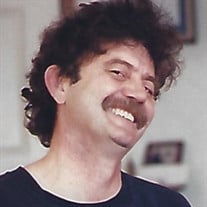 The world became a little quieter on 27 June 2021 with the passing of Tony W. Lison. Tony earned the nickname “Talking Tony” as he always had a story, a joke, or advice to offer. Tony was born on 16 October 1946 to the late Donald and Myrtle (Van Den Langenberg) Lison. Tony and his three brothers, Don, Mike, and Andy grew up in Duck Creek, WI doing what boys do best, terrorizing their mom with regular injuries, becoming entrepreneurs by purchasing and raising chicks, biking, and fishing. Tony spent his middle school years in seminary at the Missionary Oblates of Mary Immaculate in Belleville, IL. Tony would share stories of how he was sent to the lake to contemplate, how he helped defend the campus from rioters, and his adept skills around crafting rosaries. Tony determined that the seminary was not for him and returned home until his next life adventure, joining the Air Force. Tony wanted to escape the cold and volunteered to train as a dog handler in hopes of being sent to Viet Nam as the climate suited him better. He got his wish! After leaving the Air Force, Tony went on to several different jobs until he settled with the Green Bay Fire Department. Tony served as a firefighter, paramedic, and fire inspector. Tony had found his calling and his true gifts really shone through. There were calls that were harrowing, life-giving, and the experiences so varied. He would tell you he could stick an IV anywhere, any time! Tony oversaw the Lambeau Field renovation, worked with the ATF, Secret Service, and investigated countless fires. Upon retirement in 2005 he spent time developing his personal chef business, Ciao! and he also paired wine and food for Festival Foods. He volunteered with Catholic Charities as a chef for those assisting with the Hurricane Katrina relief efforts. Tony’s greatest passion was to travel and he visited cities and countries and he golfed throughout the world. Tony was preceded in death by his beloved son Aaron and is survived by his seven children, grandchildren, and great grandchildren. Tony’s passing leaves a huge emptiness for those he left behind. He will always be loved and hold a special place in our hearts. “Remember me with smiles and laughter, for that is how I will remember you all. If you can only remember me with tears, then don’t remember me at all.” In accordance with Tony’s wishes Private Services will be held for the immediate family.

The family of Mr. Anthony "Tony" W. Lison created this Life Tributes page to make it easy to share your memories.

Send flowers to the Lison family.