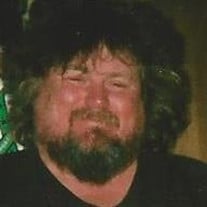 Anthony “Tony” “Lobs” LaMal, 55, Green Bay passed away on Wednesday, June 17, 2015. Tony was born on February 15, 1960 in Green Bay the son of the now late Robert and Donna (Hucek) LaMal. Tony worked in construction his whole life at various companies including DMK Excavating and B.P. Phillips Construction. He mainly worked with heavy equipment and was very skilled when it came to operating a backhoe. Tony had many interests but he especially loved spending time with his grandchildren, watching the Packers and of course riding his Harley. Tony is survived by his 5 children Ashley LaMal and her special friend Opie, Nicole (Josh) Webb, Eric (Paige) Allen, Harley Hottenstine, Rebecca Hottenstine, 3 grandchildren Jasmine LaMal, Hailey and Jase Webb, his siblings Debbie (Ray) Lemmen, Lynn Weidner, Diane (Steve) Roznowski, Lisa (Tony) Tilleman. He is further survived by many nieces, nephews, great-nieces and nephews, aunts, uncles, other relatives and so many special friends including Michelle Housner, Liz Allen and Tommy Guinn. He was preceded in death by one brother-in-law Matt Weidner and his grandparents. Gathering of family and friends will be held from 4:00 P.M. to 7:00 P.M. on Monday, June 22, 2015 at Resurrection Catholic Church 333 Hilltop Drive. A Blessing will be held at 7:00 P.M. followed by a time of sharing. Burial at Allouez Catholic Cemetery. The family would like to offer a special note of appreciation to the staff of Bellin Hospital 4th floor and Unity Hospice for all of the gallant efforts and loving compassion shown to Tony.

The family of Mr. Anthony "Tony" Robert LaMal created this Life Tributes page to make it easy to share your memories.

Send flowers to the LaMal family.